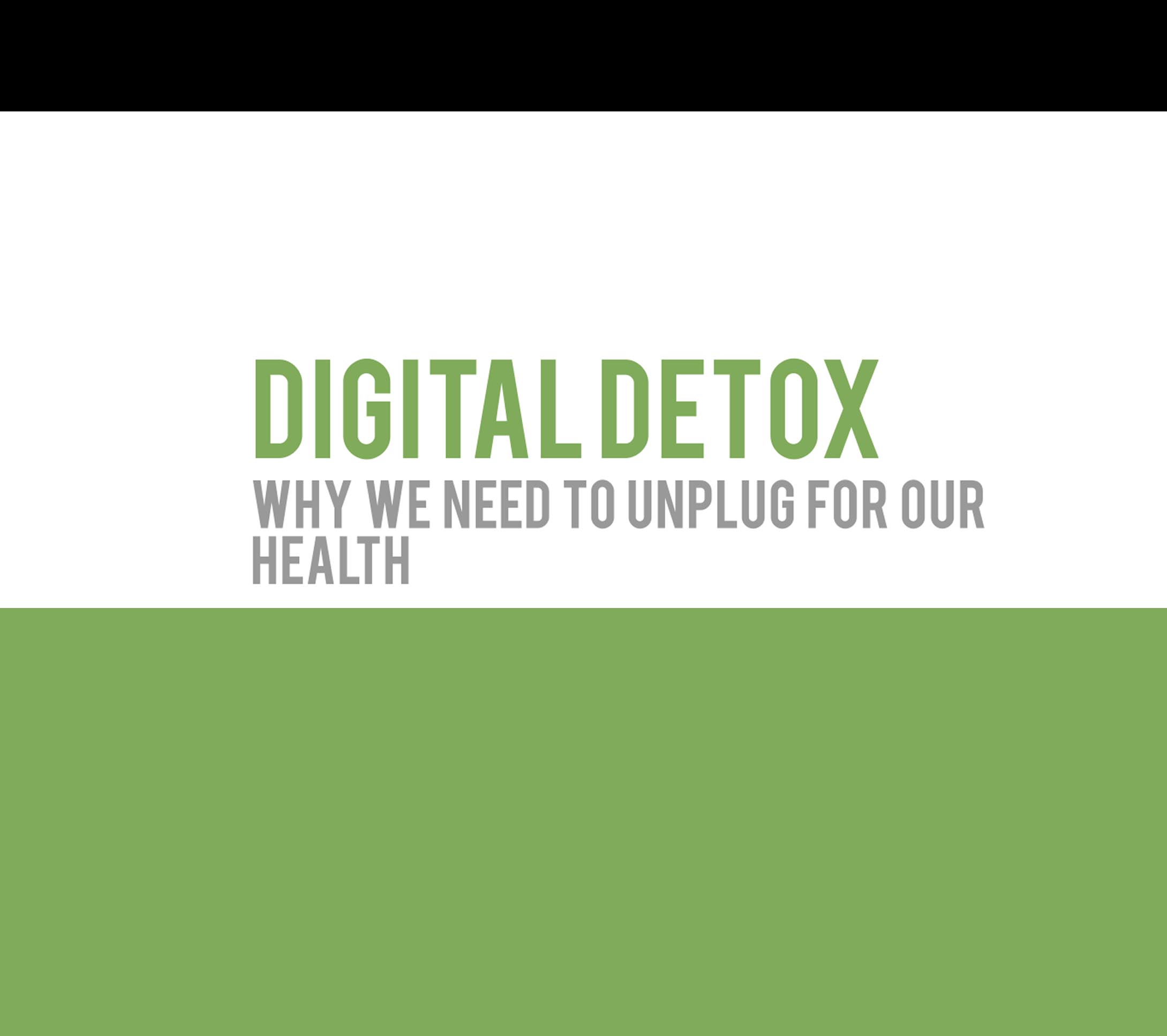 Let’s face it, in today’s world we are surrounded by technology everywhere we turn, and while it has brought about immense opportunity and innovation, this ubiquitous digital pollution has its downsides in regards to our physical and emotional health. Below are some reasons to consider a “digital detox” this summer!

Research examining how screen time affects the foundations of attentiveness in the brain illustrate that passive activities such as watching television involve primarily alpha and theta brain-wave activity: such waves regularly occur in the brain during physiologic states of relaxation and sleep, respectively, so what’s the downside? An overabundance of alpha and theta waves have been continuously linked to conditions such as ADHD, depression and an inability to concentrate. There is no doubt that everyone could benefit from reduced television time, but it likely has significant implications for those already struggling to concentrate in their everyday life.

Reading from printed materials as opposed to computer screens has been linked to increased beta-wave activity, responsible for logical thought and a normal attentive or conscious state. Screen time can have an extensive negative impact on information processing and cognitive capacity for students and those working from a computer screen all day. A recent Canadian study suggested that 75% of teachers observed their students’ ability to focus has declined in recent years, which they postulated could be due to schools becoming increasingly reliant on technology to deliver educational materials.

The blue-light emitted from electronics alters our natural circadian (sleep-wake) rhythm by reducing the body’s ability to make adequate melatonin (our sleepy hormone) and increasing beta-waves that signal alertness. In today’s world we are plagued by light pollution 24 hours a day, making it even more pertinent that we put the electronics away at least one hour before bed!

Electronic devices can be overstimulating: hyper-connected habits and pressures to be contactable, noises (whether real or anticipated), visual stimuli, and constant “light pollution” can lead to a hyper-aroused central nervous system that is unable to wind down. Talk about sensory overload! What’s more, social media interactions and “likes” are connected to dopamine release and light up the pleasure-reward centers of the brain, leaving us craving this feel-good hormone when we no longer have it. Our phone apps appear to be having the same physiological effect on our brains as sugar or drugs…so don’t be surprised if you “crave” your phone when you begin your digital detox!

Electronics are an easy way to distract ourselves from the stresses of the modern world, but the fewer beta waves we utilize, the less we are engaging in problem-solving and decision-making. This can lead to a reduced ability to think autonomously and efficiently (especially in children and teens whose brains are still developing). Studies have shown that the mere presence of a cell phone, on a table or in a pocket, for example, was enough to impact task performance in the workplace and test performance at school, even if the phone was on silent!

Reducing screen time whenever possible leads to a healthier body inside and out! Putting down the electronics means freeing up more time to exercise and spend time with loved ones, and this can physically alter the chemical environment of the brain by encouraging dopamine, endorphin, oxytocin, and serotonin production. Eating meals without watching the television or scrolling through emails allows you to become more mindful of what and how much you are eating, leading to healthier choices and improved digestion (which begins in the mouth with mindful chewing, by the way)! Hunching over an iPad or looking down at a phone is associated with bad ergonomics, resulting in your ~10 pound head exerting the weight of up to 60 pounds, resulting in degenerative damage and muscle tension that can take a huge toll on your body!

Jacobsen, S. (2018) Is Too Much Screen Time Really a Big Deal? (Read If You Are Depressed). Harley Therapy™ Blog. Accessed May 19, 2018 from: https://www.harleytherapy.co.uk/counselling/too-much-screentime-depression.htm.

Wilson Meloncelli, C. (2018) The 5 Brain Waves and Its Connection with Flow State. Accessed May 19, 2018 from: https://www.cwilsonmeloncelli.com/the-5-brain-waves-and-its-connection-with-flow-state/

Get the Top 5 Reasons to See a Naturopathic Doctor