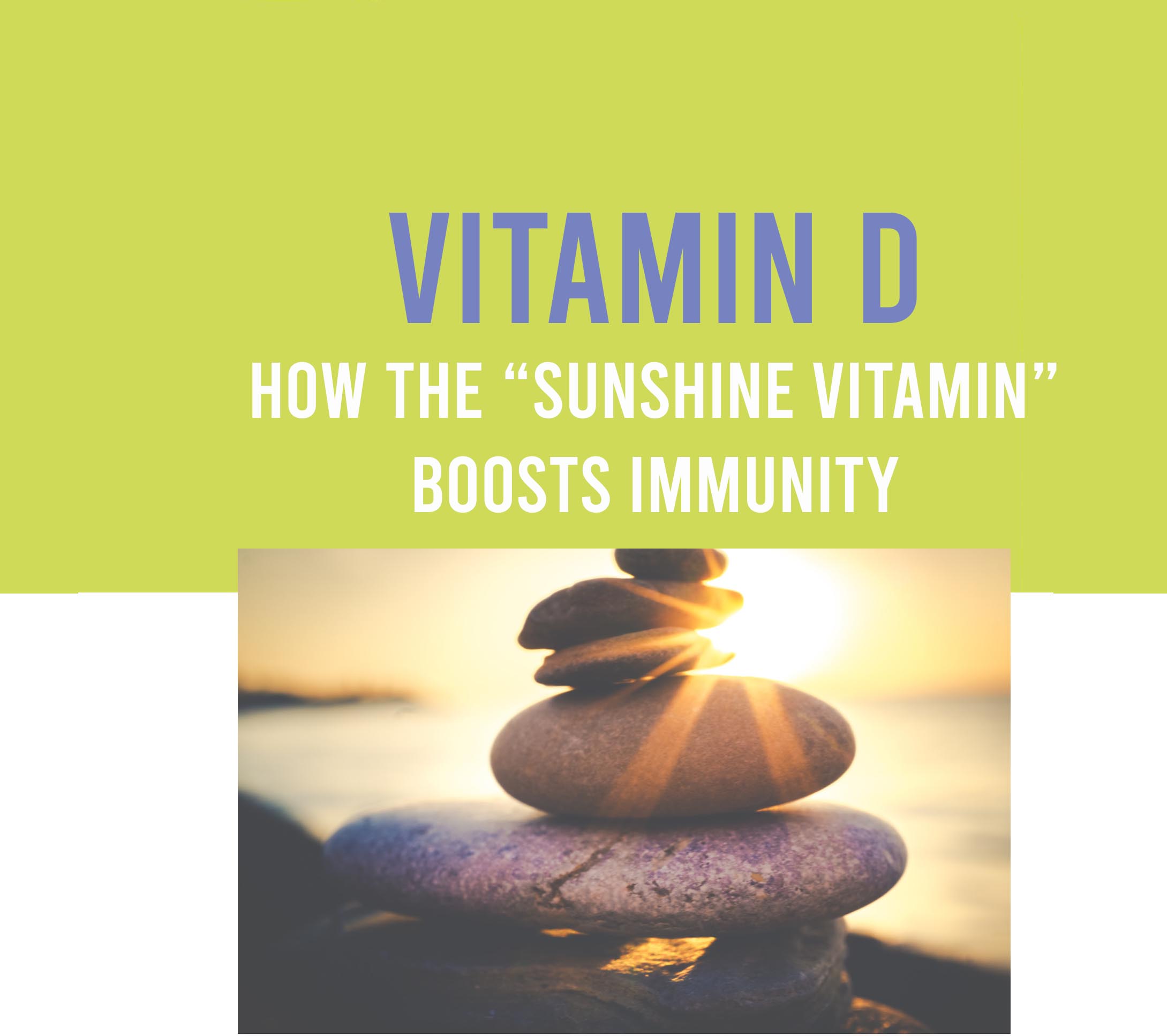 We have all been told to take Vitamin C and Echinacea when fighting a cold, but an important, often overlooked supplement is Vitamin D. Mainly produced in the skin when exposed to sunlight, it is also known as the “sunshine vitamin” and has a vital role in bone health and calcium balance in the body. However, recent research shows Vitamin D also has an enormous role in the proper functioning of the immune system.

Vitamin D has been shown to support mechanisms of our innate immune system. This branch of immunity is the first to respond to a wide range of pathogens, including those involved in colds and flus. Many immune cells in the body have a Vitamin D receptor, which allows it to bind to and assist these cells in various functions.

Vitamin D has also been shown to help control inflammation in the body and increase production of antimicrobial peptides that our immune cells produce naturally. Its ability to help fight infections by supporting the body’s own bacteria-killing mechanisms has earned this nutrient another name: the “antibiotic vitamin”. However, unlike antibiotics, it is also effective against viruses—the peptides activated by Vitamin D are able to damage viral structure and interfere with viral function.

A deficiency in Vitamin D is linked to increased rates of infection and autoimmune disease. It is no surprise that cold and flu infections peak during winter months when Vitamin D levels tend to be the lowest. Supplementation helps reduce the incidence of colds and flus, and decreases the severity of associated symptoms. Those with a pre-existing Vitamin D deficiency or who start supplementation in the early fall before the cold and flu season begins experience the most benefit. 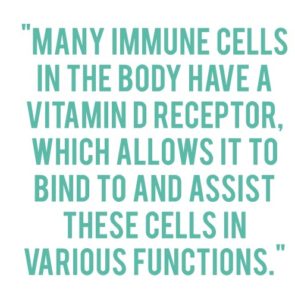 Deficiency is common for those living on the West Coast in regions with heavy rainfall and little sunshine—such as the greater Vancouver area. Individuals with darker skin tones are especially susceptible due to the high levels of UV-protective melanin pigment in their skin. Elderly are also at risk as skin becomes less capable of producing Vitamin D with age. If you belong to these demographics, or frequently experience colds and flus, you may benefit most from Vitamin D supplementation.

Rondanelli, M. (2018). Self-care for common colds: The pivotal role of Vitamin D, Vitamin C, Zinc, and Echinacea in Three Main Immune Interactive Clusters (Physical Barriers, Innate and Adaptive Immunity) Involved during an Episode of Common Colds—Practical Advice on Dosages and on the Time to Take These Nutrients/Botanicals in order to Prevent or Treat Common Colds. Evidence-Based Complementary and Alternative Medicine, doi:10.1155/2018/5813095.

Get the Top 5 reasons to see a Naturopathic Doctor